ANOHNI has today shared two new songs: versions of ‘It’s All over Now, Baby Blue’ by Bob Dylan and ‘Be My Husband’ by Nina Simone. The songs are available now, digitally, with a 7” following on 2nd October via Secretly Canadian.

The songs mark Anohni’s first new music since the 2019 charity single ‘KARMA’, a collaboration with Jade Bell and J. Ralph.

Listen to ‘It’s All Over Now, Baby Blue’ and ‘Be My Husband’ 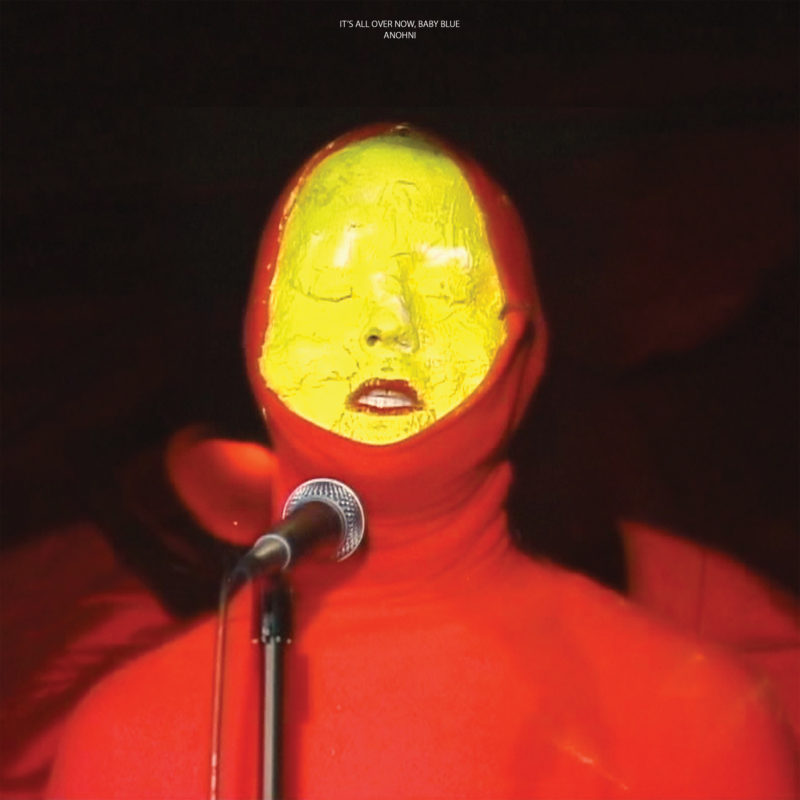 A viscous embrace, a pulsating pouring out, Anohni’s voice is above all else a vessel for political armament. On 2016’s Hopelessness, her voice bombarded with explicit illustration of global atrocities — of war crimes, of apocalyptic climate change, of patriarchal violence, and American complicity. Now sharing a dual cover set, she casts a subtler, but no less powerful incantation towards change.

The original tracks dating to 1965, a year marked by the Selma marches, the Watts Rebellion, and the landmark Voting Rights Act, illuminate the eerily parallel struggles of this year. Anohni’s rendition of ‘It’s All Over Now…’ reads as a hopeful, future goodbye to times dominated by oppression. With ‘Be My Husband,” textually woven with marital submission and want for acceptance, she examines our reliance on the very systems that fail us.

In addressing these songs, Anohni inhales their histories, and exhaling them into the present moment. “When Biden said ‘Americans don’t want revolution, they want a return to decency,’ he was wrong,” she explained. “We all know deep down that the continuation of our civilizations for much longer will require seismic change.”

On ‘It’s All Over Now, Baby Blue’, Anohni explained:

“I recorded It’s All Over Now, Baby Blue with Kevin Barker one afternoon a few years ago. I listened to it recently and it reminded me of Now, a nausea of nostalgia for the suffering of the present, or even the future. I did a couple of songs by Bob Dylan at that time, encouraged by Hal Willner, the producer who we lost to Covid 19 in April. I hope that this period, and this repugnant presidency, will be over soon, and that these bigots and apocalyptic capitalists and evangelicals will crawl back into their rotten little holes. But how can this happen unless the American media and social media are forced to tell the truth?  I am glad to see the mobilization of Black Lives Matter and the re-emergence of the Occupy movement. When Biden said “Americans don’t want revolution, they want a return to decency,” he was wrong. We all know deep down that the continuation of our civilizations for much longer will require seismic change.”

On ‘Be My Husband’, Anohni said:

“I saw Nina Simone perform at Carnegie Hall in 1991 while I was still in college. The concert was not properly publicized, and the theater was only half full. I think it may have been her first time back in NYC in many years. She was rumored to be volatile and unpredictable. That night she sang and played with such dignity, so incredibly, and she did 5 or 6 encores. For me, she was the greatest musician of the 20th Century. She didn’t write many songs, but the ones she wrote were among the most profound of the era. Be My Husband was one such song.  The lyrics spin a paradox of romantic assertion and submission. This live version of the song was recorded at an Antony and the Johnsons concert at the Knitting Factory in NYC in 1999.”

I Am A Bird Now

Antony And The Johnsons