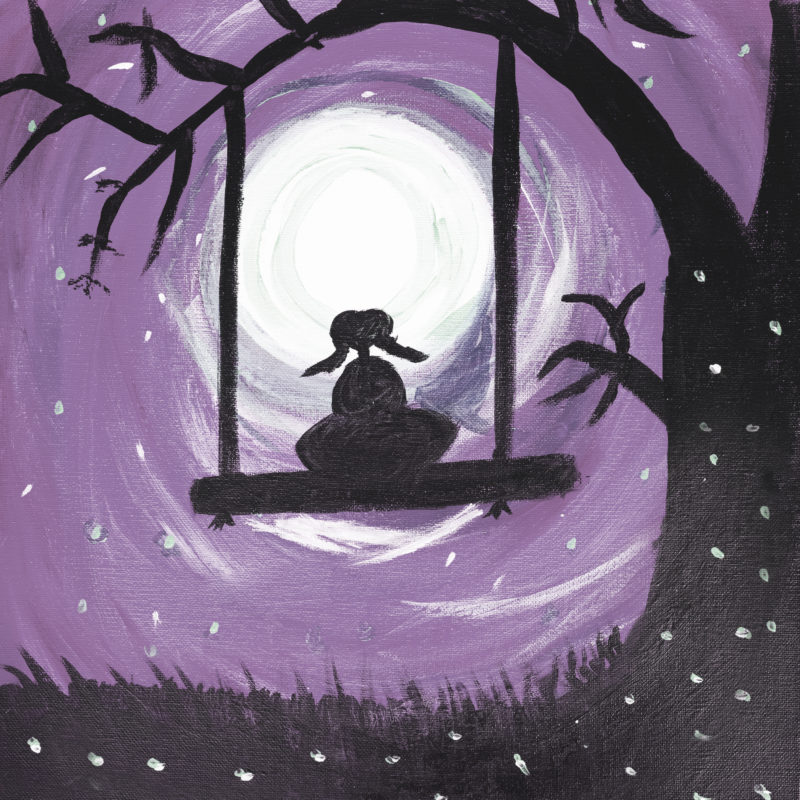 The new single “RADIO” serves as a call to action to let go of feelings that are no longer serving you. It goes on by personifying internal feelings and negative emotions as a toxic friend that we need to split ways with. A perfectly constructed introduction that unravels the theme to the new EP; a collection of songs that amplify his breakthrough from personal struggles and a reminder to let go of negative feelings and embrace the good.

When asked to describe what inspired “RADIO”, AUNDREY states:

The record “RADIO” was inspired by negative feelings and thoughts we all go through daily. This record wraps up the entire VIOLET project with a strong message in it saying “DONT SAVE HER.” That message is referring to the negative feelings and thoughts I was going through as if they were a figure. As I go through this new journey in life, “RADIO” will always be a piece of me.

Last month, AUNDREY released his debut single “ANTI” and announced his signing to Secretly Canadian. Describing “ANTI.” AUNDREY stated: “The song ANTI is based on negative emotions and actions that I was dealing with from 2017 through 2020. Those emotions and actions were leading me down the wrong path. Even being surrounded by the wrong people I found myself asking the same question each day…Is this how life is supposed to be? In a weird way the song ANTI is my comfort zone. It helped me realize just how much I needed to get a lot of things I had bottled up inside, out through record.”

AUNDREY GUILLAUME. knows he can’t write the ending to his own story, but he’s willing to do all he can to be remembered as someone who gave it their all. Though right now, he isn’t too focused on legacy. The California rapper/producer briskly moves through life, barely allowing himself the chance to savor success. “We’ve got where we need to get to,” he sighs before amending his statement. “Still climbing though.” AUNDREY’s introspective and emotionally intense music comes from straight from the heart. But these aren’t cautionary tales from a world-weary messenger—they’re reassurances that better days always lie ahead.

The youngest of nine children, AUNDREY’s family shuffled around California’s Inland Empire before settling in Beaumont when he was 8. They frequently went to church, “at least three times a week,” AUNDREY says, where all of his siblings either played instruments or sang. When he was 10, his father threw him on the drums and he fell in love with music. Those early years performing at church both steeled AUNDREY against criticism and turned him into a perfectionist. He admits that he had a “little bit” of a chip on his shoulder back then, since his older brothers and sisters were playing paid gigs while he was still playing in the church. His father would yell out for adjustments, “damn-near embarrassing” the young drummer in the process. He’d have to learn to put his feelings to the side, comparing his mistakes to athletes practicing plays.

“Being around all of that made me who I am today,” he says. “My dad pushed me, like screaming at me in church, having everyone looking like ‘goddamn.’ Even though [playing in church] was just a passion, it was still competitive. ”

Fresh out of high school in 2015, AUNDREY was balancing music and his day job working retail at Michael Kors while staying at his mom’s house. He and some friends formed a short-lived group called Knowname that mainly cut to beats they found on YouTube and SoundCloud. After inviting his friends to make music late at night and to crash over one too many times, AUNDREY’s mom kicked him out. He called up one of his older brothers who lived nearby who let him move in. That older brother was a mentor to AUNDREY throughout his life—he’d teach his little brother how to drive, how to tie his first tie, and even supported the shows AUNDREY and his friends would put on as Knowname. AUNDREY would become his bag boy, which introduced him to the life of touring artists that he’d fall in love with: “I got to see shows, live shows and all that. I’m just sitting there like, I want to be that, I want to do that. Like I really want to do that.” A year later though, his brother fell ill with lupus and had to retire from touring—while he would recover some of his strength by the end of that year, his symptoms would come back in mid-2017 before passing away that October.

“I dedicated this whole moment to [my brother’s passing],” AUNDREY says with a heavy heart. “Crazy how God works, because I got a son now. When one person leaves and you get another blessing like that, that’s kind of like that person’s spirit.”

His debut EP, VIOLET, is a glimpse into the long-winded journey that’s led AUNDREY to where he is today. In the pensive “WHO AM I?,” he reveals his soul-searching process. It was inspired by his mom pointing out how often he got high, motivating AUNDREY to begin searching for more positive coping methods. VIOLET was part of his “healing process,” as he believes that in order to get to a better place mentally one has to be open and honest about their experiences. AUNDREY’s spent the last four years healing, but he’s ready to tear those bandages off and lay it all out there, his every raw emotion, and let people decide from there.

“Nobody’s perfect. I’ll be the first one to wear that on my sleeve,” he says. “I’ll be the poster boy for it in a way. I want people to hear my story and see it as a blueprint that you can do anything—just keep going.