19-year-old London-based singer, songwriter, multi-instrumentalist and producer Eaves Wilder is Secretly Canadian’s newest signee. In celebration of the news, Eaves shares her first new song and video in 18 months, and her first for the label, the self-confessed “female revenge fantasy song,” “I Stole Your Jumper.” Inspired by Riot Grrrl and informed by the sexism she’s faced during her adolescence in music, the track features Wilder’s quick quips over hazy guitars. She asserts her femininity on her own terms, jesting “I’ve never been a mother, But I’ve mothered men.” It finds the British teenager who, in her own words, “is far too polite” to take any physical action against those who have wronged her, trying to wrestle back control of a situation from a manipulative ex partner. “‘I Stole Your Jumper’ is me allowing myself to tap into my own female rage for the first time,” explains Eaves. “But in my own way – no blowing people up Thelma and Louise style – it’s a very British and passive aggressive revenge fantasy.”

The song’s video was directed by Eaves and her older sister, Dora, who storyboarded it together while they were still living at home. Inspired by the aforementioned Thelma and Louise, with elements of Meet Me In St. Louis, Chitty Chitty Bang Bang, and Victorian fashion, they wanted it to feel as silly as the song and had a lot of fun coming up with ridiculous ways to destroy the jumper. Eaves comments “Getaway-driving in a convertible, hair flying in the wind. but instead of riding off a cliff, I just sat on a toilet and sang, which is what I think they should have done. Would have saved a lot of hassle.”

Since Eaves started releasing music at the age of 16, she’s been widely praised by tastemaking UK press including The Sunday Times, NME, DIY, and Dork. The Line of Best Fit recognized Eaves for her “fresh take on indie music . . . reaching deep into ’90s guitar sounds as much as the canon of classic songwriting,” while Clash hailed, “Eaves Wilder has pushed against her slim catalogue and tender youth . . . to unfurl a potent alt-pop vision.” Her eloquent songwriting documents both the simplicity and stress of being a teenager in the present day.

Eaves’ fixation with music began at home as her parents’ shelves were lined with all the greats released by independent labels throughout the ‘80s and ‘90s. She began filing her own teenage obsessions alongside this collection and while doing so, uncovered the ugly sides of the music world, but also empowerment in the punk feminist fanbase; how artists took ownership in male dominated spaces, and what a powerful tool community could be. Online, and in real life at shows, Eaves saw these elements in the contemporary fan bases of the bands she loved – Wolf Alice & Wet Leg. She became captivated by the idea of reclaiming the worth of the fan girl (which she considers herself to be) and how one can be hyper-feminine without the baggage that comes with it.

“I Stole Your Jumper” is Eaves’ first release to be recorded in a studio rather than her bedroom. Co-produced by Eaves herself and Andy Savours (Arctic Monkeys, Black Country, New Road, Rina Sawayama), it follows her debut releases “Won’t You Be Happy,” “In and Out (and Out Again),” “Man, He Was Lonely” and “Mother in Your Mind”, aligning her as one of the UK’s most exciting new alternative talents.

Listen To “I Stole Your Jumper” 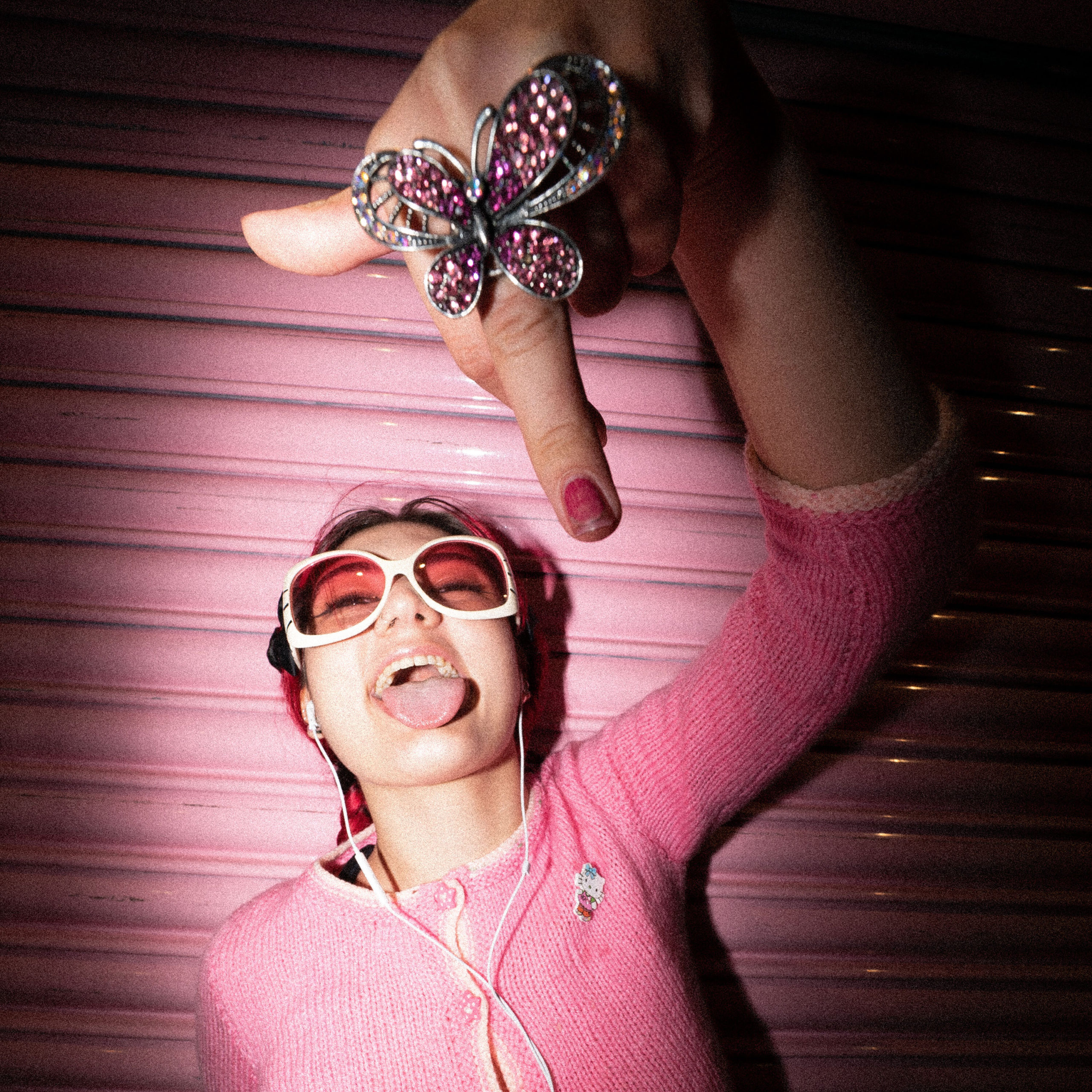