Today, Atlanta wunderkind Faye Webster announces her new album, I Know I’m Funny haha, out June 25th on Secretly Canadian. To mark the occasion she has released the first single, “Cheers” and its companion music video directed by Matt Swinsky. “This song has always felt like a standout from the record to me. It was the kind of song where you’re like ‘oh yeah, this is the one,’” Webster says of “Cheers.” “Right after the first take. It felt different to me and it made it feel like I was entering a new era and chapter for myself. It’s kind of the outlier on the record but at the same time is still so original and identifying to myself. Also it just makes me feel like a badass for once.” The video features Faye hanging with Atlanta’s dirt bike scene king SIG and the Real Bike Life Only riders. “I’ve known SIG and the bike life guys for many years now. If cameras were not present these guys are still riding for their own enjoyment. People love what they do and yet there are still many people who are so quick to judge and label them in a hateful way. Everyone of them that I’ve met has been kind, welcoming and hospitable to us so that inspires me to continue documenting them the best I can,” says Swinsky. The album is available for pre-order today with the option to purchase limited edition blue vinyl, t-shirts and other specialty item bundles. 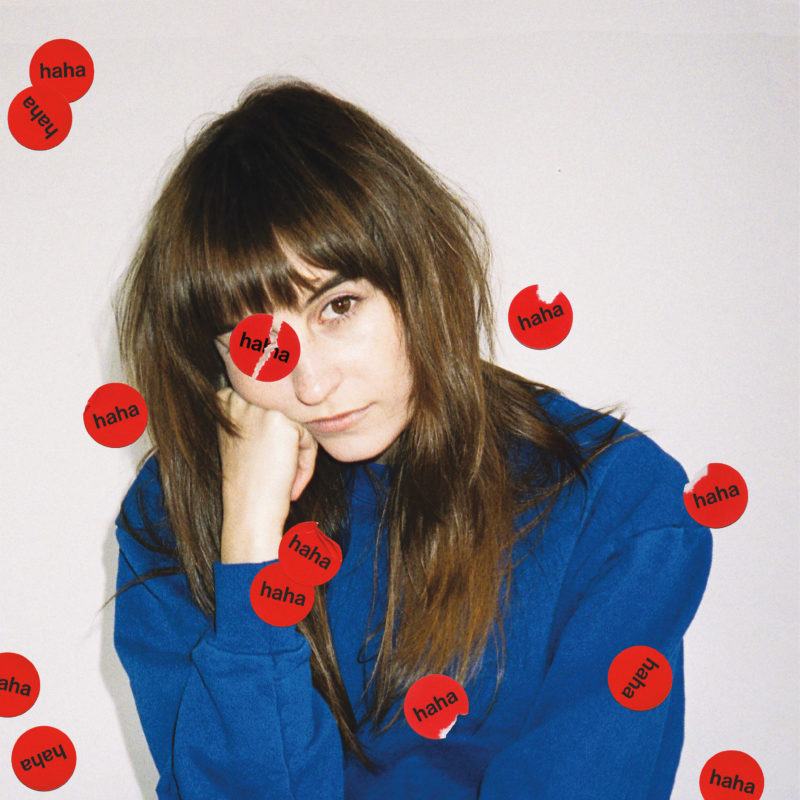 This fall, Webster will head out on a headlining tour in support of the album kicking off September 7th in Columbus, Ohio at A&R Bar. Highlights include Music Hall of Williamsburg on September 21st, Mercy Lounge in Nashville on September 27th and the tour closer at Terminal West in her hometown of Atlanta. Tour presale starts Wednesday 28th April while general on-sale will be on Friday at 10am local time. For more information and tickets visit https://www.fayewebster.com/tour

I Know I’m Funny haha marks the latest effort from the 23 year old artist and her most fully realized effort to date. Though she usually tackles album making in a song by song approach, 2020 necessitated a more intensive recording process. Webster immediately knew the Athens-based players she wanted to record with, and headed into the studio with producer/mixer Drew Vandenberg (Deerhunter, Of Montreal, Kishi Bashi). They assembled a band including Harold Brown on drums, Bryan Howard on bass, Nic Rosen on keys and Matt “Pistol” Stoessel on pedal steel – one of the most reliable and essential musical elements of Webster’s records.

A self-taught guitarist by elementary school, with a long tradition of bluegrass and country players in her family, Webster was bound to be a musician. At just 16 she released her debut album, Run & Tell. Like other teenage phenoms Jackson Browne and Laura Marling, it exhibited stunning lyrical and artistic clarity. Her Southern roots were obvious but Webster had more than country music inspiring her worldview – she was deeply embedded in the culture of her home-town, Atlanta. L’il Yachty was her classmate, she was sneaking out to see underground shows and fortuitously had befriended rapper/producer Ethereal while in High School. She went on to sign to Awful Records, making her label-mates with Father, Playboi Carti and Ethereal. To the outsider, an odd home but Webster shared the same weirdo art-kid ethos of her label mates – impossible to peg, endlessly experimenting, making shit, doing stuff, genre-fluid rule breakers.