Los Angeles-based artist serpentwithfeet unveils a new single, “Same Size Shoe,” from his forthcoming album, DEACON, out March 26th on Secretly Canadian. Following the album’s highly-praised lead single, “Fellowship,” “Same Size Shoe,” featured on Apple Music’s New Music Daily with Zane Lowe, is another album stand-out that communicates the tender and passionate sides of love explored throughout DEACON. “Same Size Shoe,” –  produced by frequent collaborator Brandon Juhans and Batu – is a thesis statement of sorts for the album, “Same Size Shoe” sees serpent expressing his love for Black men because they are the ones who can fully relate to him: “I prefer to date Black men. I want to be with someone who can go to my barber or walk a mile in my shoes.” Through his evocative voice and mellow, lush instrumentation, the track’s addictive chorus sums up this sentiment: “me and my boo wear the same size shoe.” 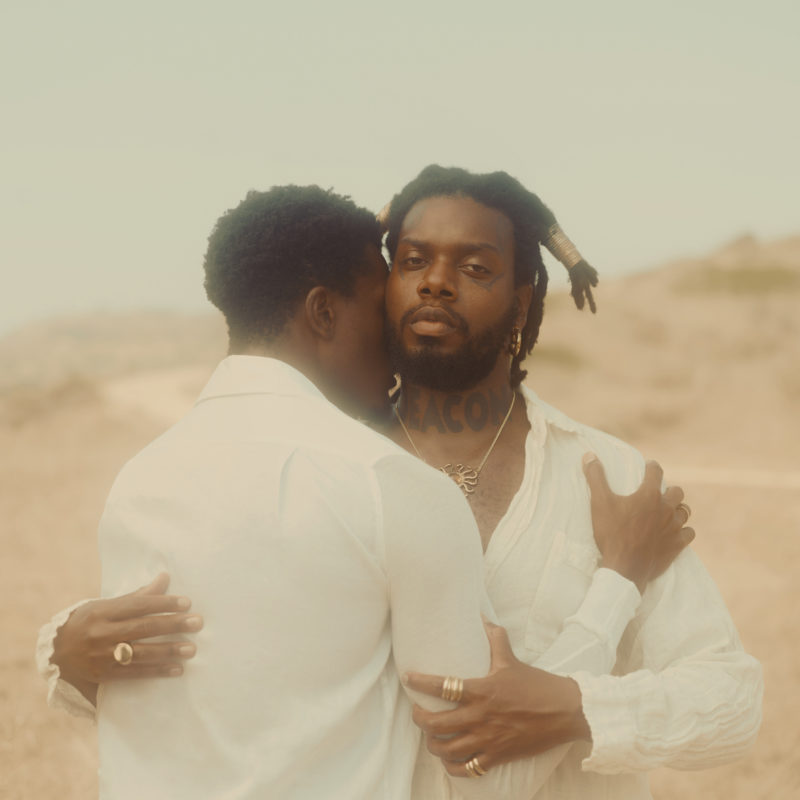 DEACON is a study rather than a story delving into Black, gay love and the tenderness present in the best companionships, romantic or otherwise. The follow-up to his debut album, soil, one of 2018’s most praised albums of the year, DEACON highlights serpent’s growth as a songwriter, embracing straightforward approaches to expression. The album came together after he relocated to Los Angeles, a city that provided a sense of tranquility, an aspect he pushed to capture in his new music.

serpent proudly follows in the tradition of R&B artists whose gifts were helmed in the Black church. The album’s title takes its name from the Christian office, a figure who helps maintain order within the church and himself. Approaching DEACON with an undeniable passion and reverence for the genre, serpent made the deliberate decision to exclude songs about heartbreak. This was a bold act for R&B, a genre quite literally shaped by the harsh realities the blues provide. The project overall only hosts three features, Sampha, Lil Silva, and Nao, reminding listeners that serpentwithfeet is an artist who can, and will, stand alone when it is called for.

Ahead of the release of DEACON, serpent is a featured artist in Youtube’s inaugural Black Voices campaign which spotlights Black creatives from around the world. In January, serpent and the “Fellowship” video were displayed on billboards in New York’s Times Square and Los Angeles.