Helen Ballentine – who records as Skullcrusher – and her elegant, intoxicating songwriting is earning her a reputation as one of the country’s most exciting young recording artists. Following the international attention that came with the release of her debut eponymous EP last summer, Los Angeles-based Ballentine spent the Fall back on the East Coast, in rural New York State, working on material with her Skullcrusher collaborator Noah Weinman. October saw the release of two new tracks: “Farm” and a cover of Radiohead’s “Lift”. Most recently she released “Song For Nick Drake” which landed in February to a blizzard of critical acclaim.  Today, she releases the title track from her forthcoming sophomore EP, Storm in Summer.

Listen to “Storm in Summer” HERE 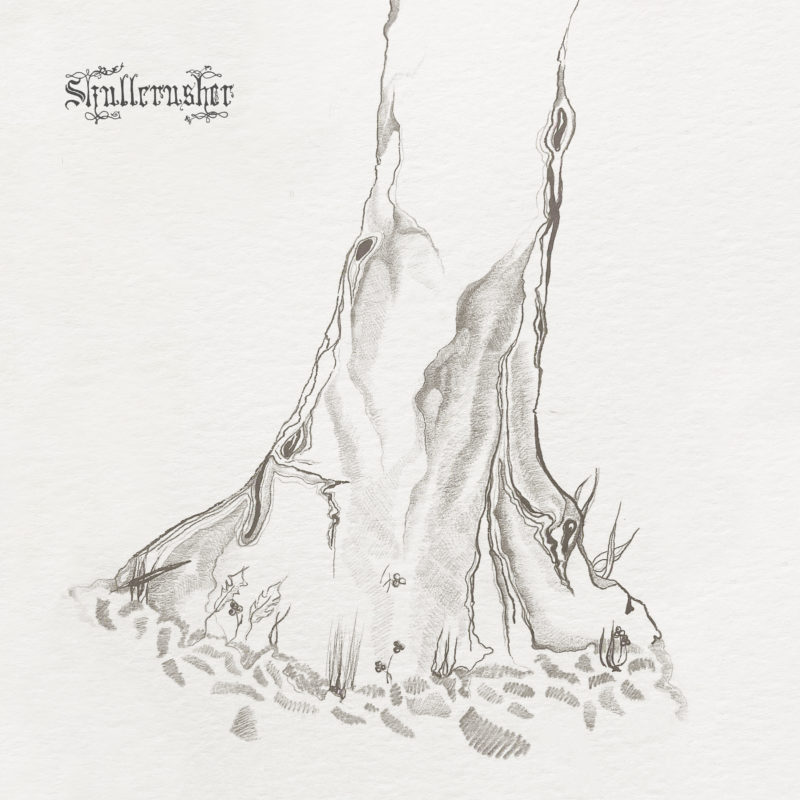 Says Ballentine, “I wrote “Storm in Summer” after releasing the first Skullcrusher EP. Over that summer I thought a lot about what it means to really put myself out there and share something personal. I felt so vulnerable and overwhelmed by the fact that these songs I had written in private were exposed and likely being misinterpreted or disliked. I think the song really tries to communicate these anxieties in a cathartic way while also leaning more into the beauty of relinquishing part of myself.”

The magnetic “Storm in Summer” seems first to float on a bucolic breeze, with Weinman’s sparkling banjo gently holding hands with Ballentine’s guitar. But as they vault into the chorus, phosphorescent guitar and cascading drums galvanize Ballentine’s beautifully rendered worries about being too hard to understand or too open to being understood. It moves from pleasantness to absolute power in an instant, like a late-afternoon thunderclap. “I wish you could see me start this storm,” she repeats at the climax, her traces of self-doubt shielded by the electric wash.

Helen Ballentine has spent a lifetime understanding that she looks neither tough nor intense. With wispy blond hair that suggests a wheat field during a radiant summer sunset, and weighing less than the average high-school sophomore, she knows how first impressions tend to go—“sweet, polite, very quiet and even meek, maybe smart,” she summarizes. Ballentine laughs when she recounts being flattened by a soccer ball in fifth grade or the family friends recently tickled by her band name, Skullcrusher. How could someone so slight and soft, they wondered, wield something so heavy and aggressive?

But listen even once to the five subversively rapturous tracks of Skullcrusher’s second EP, Storm in Summer. You’ll instantly understand the dualities at play here—the light and the dark, the harsh and the heavenly, the Skullcrusher and the seemingly soft-spoken songwriter. Ballentine’s tunes ferry a subtle but unwavering intensity, deserving of the very name they take.

Storm in Summer was written entirely during the last year, as Ballentine watched with astonishment and some anxiety as listeners parsed the words and feelings of her acclaimed self-titled debut. “These are words I wrote down in my room, and I didn’t think people would listen to them at all,” she says. “But when people are suddenly interpreting them, you think, ‘Fuck, I shouldn’t have even released this.’” Whether reckoning with her own understanding of a songwriter only through his words during “Song for Nick Drake” or debating the respective merits of being understood versus being left alone on “Steps,” Storm in Summer presents a series of candid snapshots about what it means to sing of scars to strangers. Ballentine captures the tension of that experience—and the complexity of public existence, artistic or otherwise, in 2021.