Today, Australian musician Stella Donnelly returns, announcing her sophomore album, Flood, out August 26th on Secretly Canadian, and a world tour (on sale on Friday May 13th). In conjunction, she presents the album’s lead single/video, “Lungs.” Following 2019’s Beware of the Dogs, Flood is Donnelly’s record of rediscovery: the product of months of risky experimentation, hard moments of introspection, and a lot of transition. Like the many Banded Stilts that spread across the cover, Donnelly is wading into uncharted territory, learning who she is as an artist, and how abundant one individual can be.

During her time in the rainforests of Australia’s Bellingen, one of the many cities she lived throughout her time writing this album, Donnelly took to birdwatching. By paying closer attention to the natural world around her, she was “able to lose that feeling of anyone’s reaction to me. I forgot who I was as a musician, which was a humbling experience of just being; being my small self.” Reconnecting with the “small self” allowed Donnelly to tap into creative wells she didn’t know existed; she wrote 43 tracks as she moved out of Bellingen and around the country. “I had so many opportunities to write things in strange places,” Donnelly remarks, having passed through Fremantle, Williams, Guilderton, Margaret River and Melbourne. “I often had no choice about where I was. There’s no denying that not being able to access your family with border closures, it zooms in on those parts of your life you care about.”

With new locations came new approaches. Donnelly wrote with band members Jennifer Aslett, George Foster, Jack Gaby and Marcel Tussie, which at times felt like experimental kindergarten play, and co-produced the record alongside Anna Laverty and Methyl Ethyl’s Jake Webb who helped foster an important spontaneity in the studio. She strayed from writing on an electric guitar, as she had in the past, and instead moved to piano, imbuing her new work with a fluidity and vulnerability that befits the record’s introspective nature. Donnelly had not played much piano since her early childhood and there was something wonderfully playful and poignant about climbing back up onto the piano stool and finding her fingers. Flood revels in this.

Throughout the record, Donnelly looks back at history and wonders where she’s come from and where she’ll go next. In opener “Lungs” we hear her plead, “History again teach me like a friend what you know and why,” and this curiosity extends into many of the songs exploring relationships, be them familial, romantic or platonic. “I do love observing human dynamics,” Donnelly says. “Dynamics between old best friends, or dynamics between housemates, or a relationship where the two people are broken up and haven’t spoken in years. I like getting into the mind of someone who we’ve all been at some point.” This interest expresses itself in a unique way on the record as Donnelly regularly “plays dress-up,” adopting different faces and personas to help her distill her truest self. In “Lungs” she writes from the point of view of a child whose family has just been evicted.

Donnelly co-directed the video for “Lungs” with Duncan Wright. She comments, “Very loosely based on the Banded Stilts of my album cover, the character I play in red is a wobbly adult, doing their best with their new set of legs and responsibilities, trying to make it look easy but very much on unsteady ground. I wanted this video to celebrate the child, firm in their footholds, intimidatingly honest, not to be messed with, they are the strength and power of this video no matter how much I try to assert myself as the boss. The clip is choreographed by Donnelly’s childhood friends, sisters Billie, Nikki, and Stevie Tanner, who run the Tanner Dance Academy. “They weaved so much beauty in their choreography and also let the dancers apply their own take to the movements which really shines through in the static shots. Grace Goodwin who produced, set-designed and costumed the clip was integral in creating my stilted character and creating a point of difference between that and my child self.”

Looking back at the Banded Stilt, Donnelly ultimately appreciates how when “seen in a crowd they create an optical illusion, but on its own it’s this singular piece of art.” While each song on Flood is a singular artwork unto itself, the collective shares all of Stella Donnelly in abundance: her inner child, her nurturing self, her nightmare self; all of herself has gone into the making of this record, and although it would take an ocean to fathom everything she feels, it’s well worth diving in. 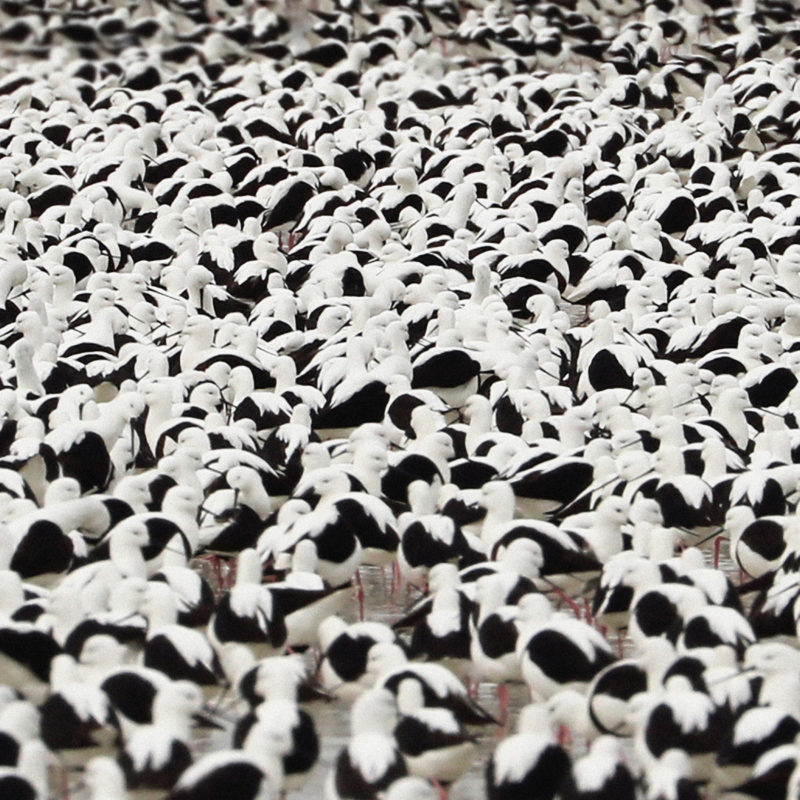 Beware of the Dogs

Waterslide, Diving Board, Ladder to the Sky
Out May 20th on Secretly Canadian