Whitney, the Chicago duo of Julien Ehlrich and Max Kakacek, return with the announcement of their third album, SPARK, out September 16th on Secretly Canadian, and present its lead single/video, “REAL LOVE.” The band also announces a North American tour, on sale Friday, June 17 at 9am local time, and an EU/UK tour on sale later this month. SPARK reintroduces Whitney as a contemporary syndicate of classic pop, its dozen imaginative and endearing tracks wrap fetching melodies around paisley-print Dilla beats and luxuriant electronics. However surprising it may sound, SPARK is less a radical reinvention for Whitney than an honest accounting of how it feels when you move out of your past and into your present, when you take the next steps of your lives and careers at once and without apology. SPARK maintains the warmth and ease of Whitney’s early work; these songs glow with the newness of now. 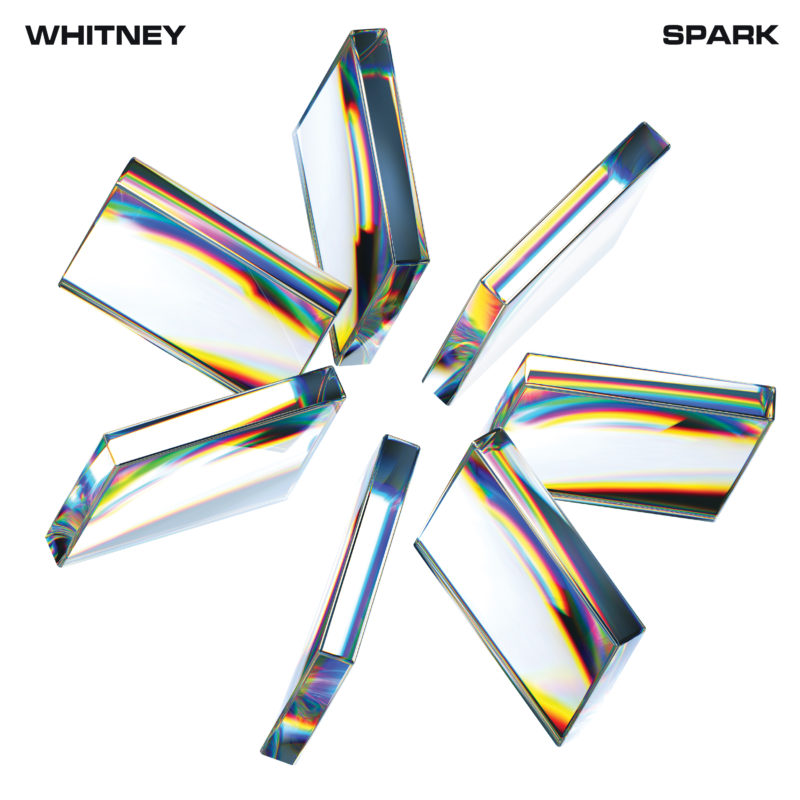 The start of SPARK traces back to the surprise success of Whitney’s 2016 debut, Light Upon the Lake. Its softly distorted psych-folk dreams found a wide audience more readily than the pair ever expected; after years of ceaseless touring, they felt compelled to plug into the same sound for round two, 2019’s Forever Turned Around.  As the sessions progressed, though, they became a slog, as Julien and Max worked to be versions of themselves they no longer were, to write songs in a mold that no longer fit. “What are we doing? How do we fix this, together?” Max remembers often asking Julien, as they contended with broken tape machines that felt like metaphors. This no longer felt like their music, but a vestige of their initial enthusiasm. They barely had enough material or energy to finish.

Max and Julien knew a drastic change was necessary, but they never envisioned, of course, international lockdowns would facilitate it. Weeks after Julien decamped to Portland to clear his head after the end of a years-long relationship, Max followed, hoping to escape the tail of a long Chicago winter with his best friend and co-writer. Four days later, flights were grounded. Upcoming tours were canceled. For the next 14 months, they dug in with a zeal and determination that recalled their start, before success set expectations. “We had time to just sit and watch the body of work grow in real time,” Julien says. “We were just stacking stronger and stronger songs on top of each other.” Max picks up his thought: “Our favorite way to make records, the way we made the first one.” 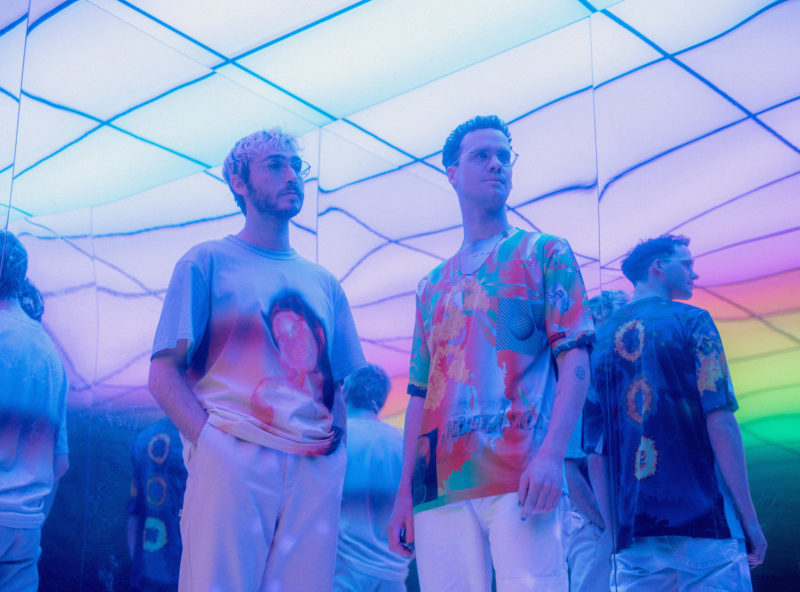 Even if the way was similar, the results are remarkably different, a refreshing reminder of how effortless a pivot can feel when it’s a true course correction. Max and Julien weren’t immune to this moment of overwhelming loss, either. Max lost his grandfather to COVID-19 in December 2020, soon after the duo’s mutual mentor, Girls’ JR White, died. But the key to SPARK—even on these saddest of songs, all of which sparkle like gentle technicolor dreams—is sublimation, or Whitney’s ability to hang around long enough for conditions to improve. To wit, the first song Max and Julien wrote upon returning to Chicago in May 2021—and the last one they finished before heading to Texas to cut SPARK with producers Brad Cook and John Congleton—is “REAL LOVE,” which celebrates the overdue end of one relationship as an opportunity to fall completely for the right someone. From its Wurlitzer chime to its serrated bass, from its beaming harmonies to its massive chorus, “REAL LOVE” is a bright-eyed celebration of what will be, not a eulogy for what was. It feels, as with much of SPARK, like twirling in whatever sunbeam happens to peak through the clouds. The video, directed by Aaron Brown, is an entirely different visual presentation than anything the band’s ever released.

Julien elaborates: “Max and I wrote ‘REAL LOVE’ in June 2021 right after a cross country move back to Chicago. I was experiencing heightened levels of anxiety and panic, while the entire city was re-emerging from isolation. I’ve been running away from and self medicating my anxiety for as long as I can remember, but for whatever reason, it felt like it was time to dive straight into it. During late night sessions over a two week period, we captured the embrace of anxiety and fear in a way that resonated with us immediately. We spent the next few summer nights driving on Ashland with the windows down and the song turned up. It felt like an emotional and musical burst of light and we’re so grateful to finally be sharing that with people.”

You’ll notice frequent references to smoke and fire throughout SPARK, itself a double entendre for inspiring something new or burning down the old. Max and Julien were living in Portland when smoke from nearby fires choked the city at record levels. Scientists speak increasingly of serotiny, an evolutionary miracle that causes some trees to release seeds only amid a season of fire. That is how SPARK often feels—Whitney’s circumstances were fraught on so many levels that they hung “the past…out to dry” and began again, finding a fresh version of themselves, their relationship, and their band after the blaze. SPARK is an inspiring testament to perseverance and renewal, to best friends trusting each other enough to carry one another to the other side. 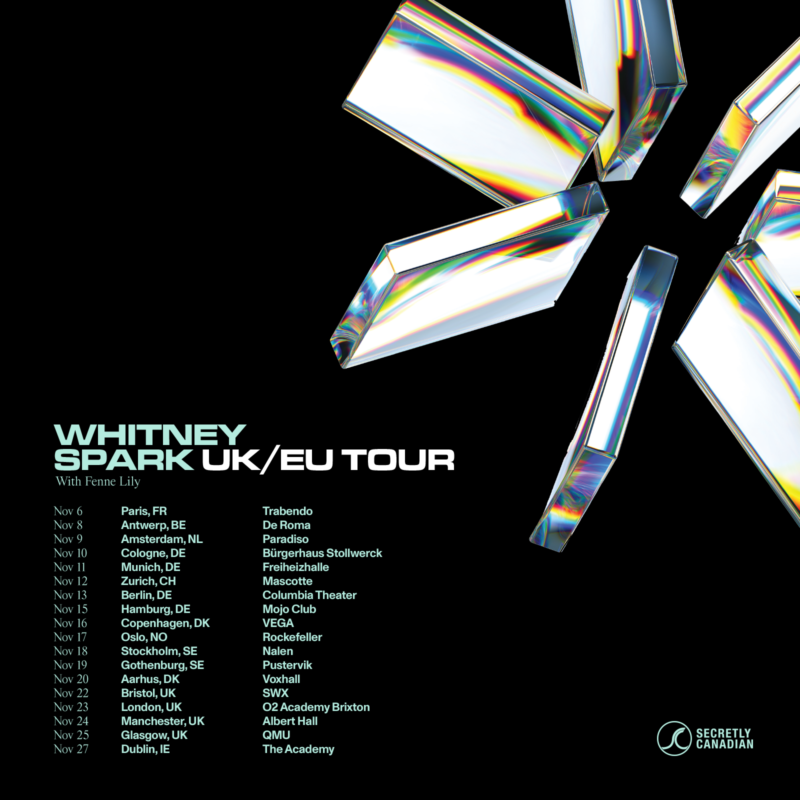 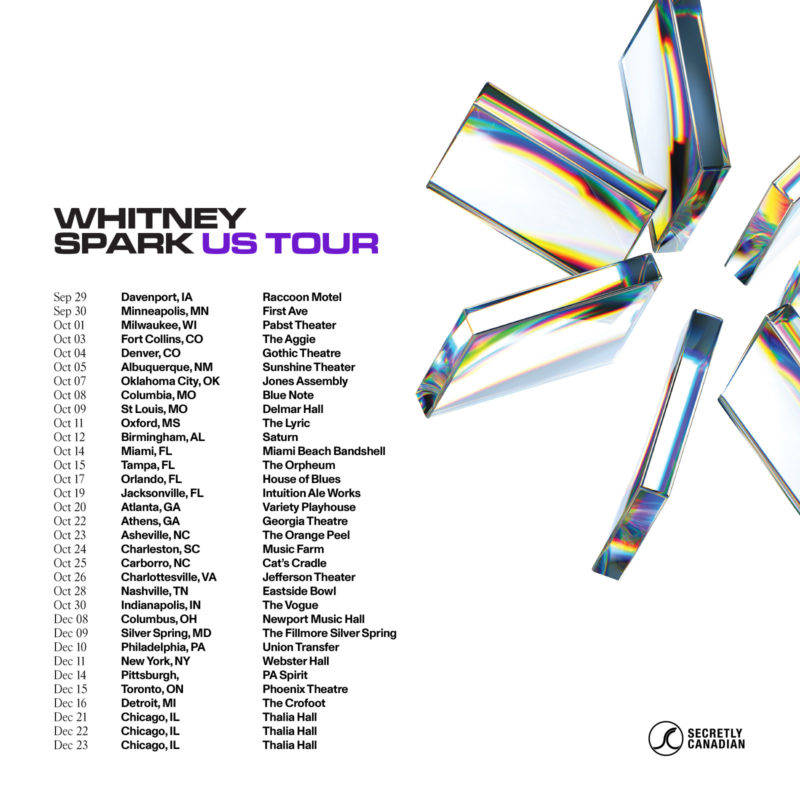