Whitney have shared a version of the collaborative David Byrne and Brian Eno track “Strange Overtones,”  taken from their anticipated covers record Candid, out 14th August on Secretly Canadian.

“The most fun part of recording this was figuring out the solo. Malcolm slayed it on the piano and having him tackle it made so much sense even though this is the first time we’ve ever had a keys solo on a recorded track. I remember after his take, which killed, he said, ‘I went into it thinking Bruce Hornsby but I came out of it thinking Bruce Springsteen.’”

At its core, Candid is a celebration of both the songs Whitney have adored throughout its formation and the band’s evolving bond through years of relentless touring and enduring friendship. “One thing we realized is how these songwriters could make amazing songs with so much simplicity. Taking these skeletons and working with this incredible material means we’re keeping our chops and staying tight as a band,” says Ehrlich. 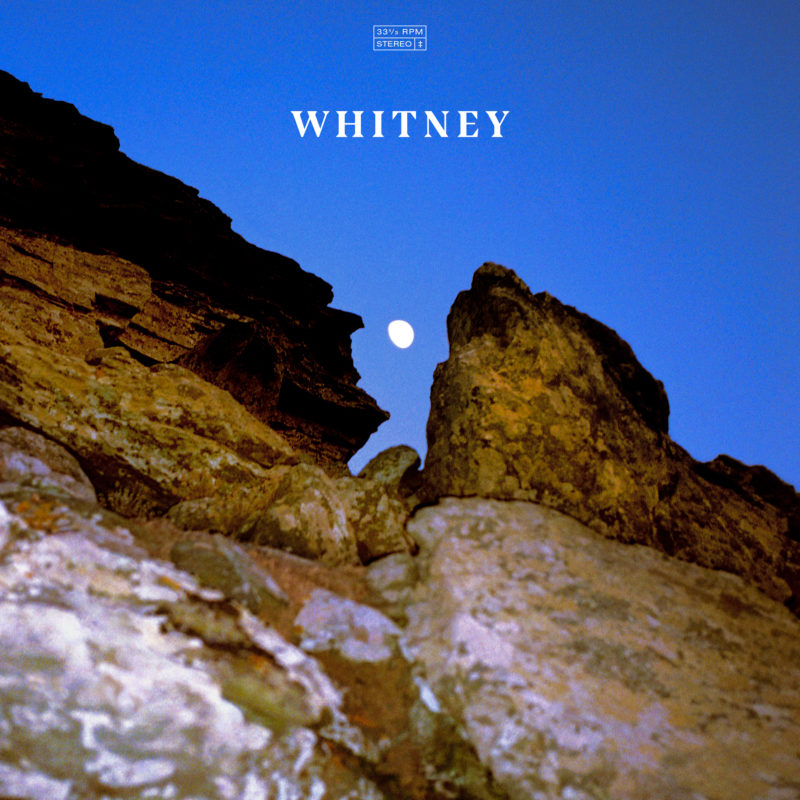 The LP is a sincere snapshot of their evolving and eclectic tastes that is imbued with a wholly inviting charm. It’s Whitney at their most unvarnished and inventive but most importantly, it’s a heartfelt tribute to the songwriters who’ve helped them most.