Singer Songwriter Helen Ballentine (aka Skullcrusher) has released “They Quiet the Room,” the second single off her highly anticipated debut album Quiet the Room (out October 14th via Secretly Canadian). Released in tandem is “Quiet the Room,” an utterly transformative piano arrangement of the song. On both tracks, Helen’s hauntingly beautiful vocals ask poignant questions about words left unsaid. While the corresponding videos offer differing perspectives of the song, both employ a sense of whimsical nostalgia and childlike wonder. 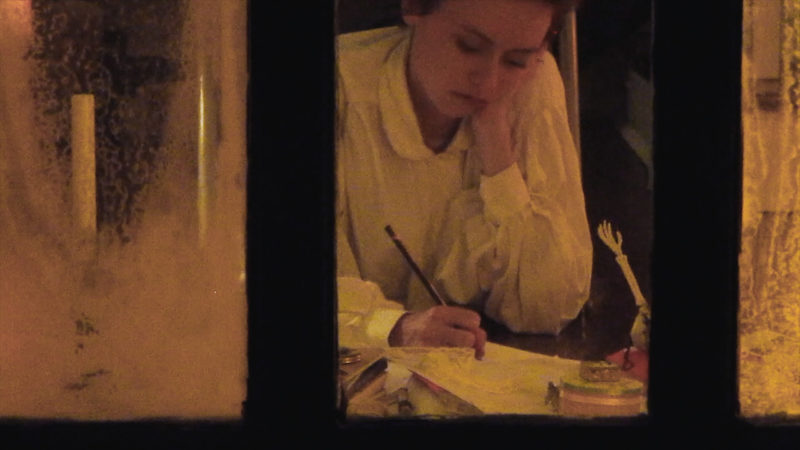 Of the tracks, Helen says, “”Quiet the Room” is the first song I wrote for the album although I didn’t know it yet. It felt like opening a secret door into a new world. I wrote it on the piano I grew up with and inevitably felt the presence of my childhood self. This would linger with me throughout the process of making the record.

Simply put, the song is about communication and isolation, the kind experienced by a child that influences their journey into adulthood. I was thinking about my childhood bedroom but also an unknown room, surreal and empty but for the weighted presence of things unsaid. The basis of the recording is a live performance I did at Dreamland studios in Woodstock, NY. From that take we added field recordings and room ambience (crickets, creaking, doors opening and closing, footsteps, etc…). It wasn’t until a year later that I revisited the song as the beginning of this album.

I had a thought to write an alternate version of the song with different chords on guitar. This version, “They Quiet the Room” became a different song entirely. It shifted the tone of the lyrics and instead of a dark room I imagined playing outside in the daytime, lost in some fantasy world. The two together, “They Quiet the Room” into “Quiet the Room,” are like the passing of a day. Perhaps one spent as a child making up imaginary games outside before returning inside for dinner, crossing over some kind of barrier as dusk settles, to have dinner or sit at the piano alone.”

Speaking on the creation of the music videos, Helen explains, “The video for “Quiet the Room” came together at the last, but oh so right, moment. A sort of shrine to childhood, we spent much of the process arranging my personal tchotchkes into an intricate still life. We decided that I would make a drawing throughout the video and that this would add movement and intimacy to an otherwise still composition. As we worked, we thought of Walter Wick’s classic I Spy books, the Nancy Drew computer games Silken and I both grew up playing (and still play) and the notion of collecting “treasure” as a child. Shot on digicam, we wanted to contrast the crisp outdoors captured in “They Quiet the Room” with a warm, candle lit, home-footage-esque interior. Through the window, we see a deeply personal moment, one that I felt I had experienced before, alone but surrounded by objects I’ve carried with me.”

Of the videos, creative director Silken Weinberg adds, “Helen and I love a good quest so we set out for the forest, where land meets sea.  We wanted to revisit the feeling of playing outside all day, in your own imaginary world, and then having to go inside, either for dinner or to sleep.  It felt oddly appropriate to convey this state of make believe in an ultra vivid, hyperreal way; an attempt to explore how your unseen fantasies are physically manifested and witnessed by the outside world.”

WATCH “THEY QUIET THE ROOM” VIDEO

The framework for Quiet the Room was laid two years ago, when Ballentine wrote and recorded a song of the same name. Unlike most other Skullcrusher songs, it was written on piano, her childhood instrument.  While writing the rest of the album in the summer of 2021, visions of Ballentine’s youth flocked like bats from the attic as she wandered her Los Angeles apartment in the sticky, sweltering heat. The image of a house emerged as she merged the interior world of her songs with the exterior rooms that contained her. She was thinking of her childhood in Mount Vernon, NY, which she calls the biggest inspiration for the record.

“It’s like layers of tracing paper, like someone is trying to make a drawing and you’re seeing the entire process,” Ballentine says of the album’s construction. Looking back through home videos, she became struck by seemingly benign shots captured through the window—her at the piano or walking in the yard. There was a weight that extended beyond the edges of the frame, a darkness hovering just out of view: her parents were fighting, on the road to divorce. The house was failing to contain them all. What she set out to capture on Quiet the Room was not the innocence of childhood, as it is so often portrayed, but the intense complexity of it. The result is a stunning and quietly moving work that reflects the journeys we take through the physical and spiritual realms of ourselves in order to show up for the world.

Speaking on the visual components of the album, Silken Weinberg says, “When it came time to imagine Quiet the Room’s visual world, it became clear to Helen and I that we would need to explore a variety of mediums in order to reflect different modes of thinking, remembering.  We wanted to approach each project within the release differently – combining animation, miniatures, digital video and analogue film to bridge disparate parallels that mimic our own attempts to make sense of the past, our childhoods.” 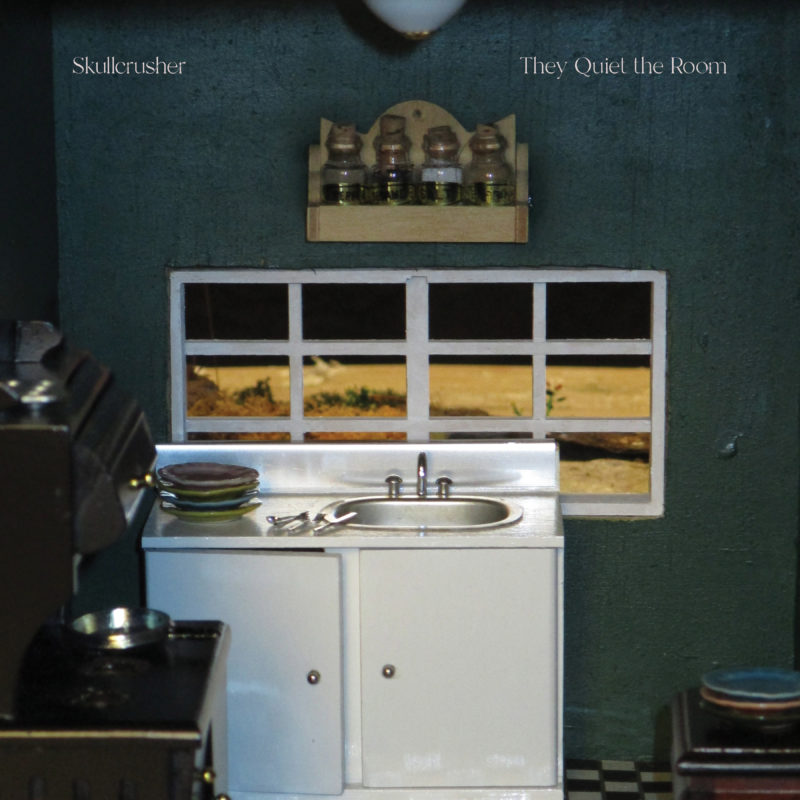 (“They Quiet the Room” single art) 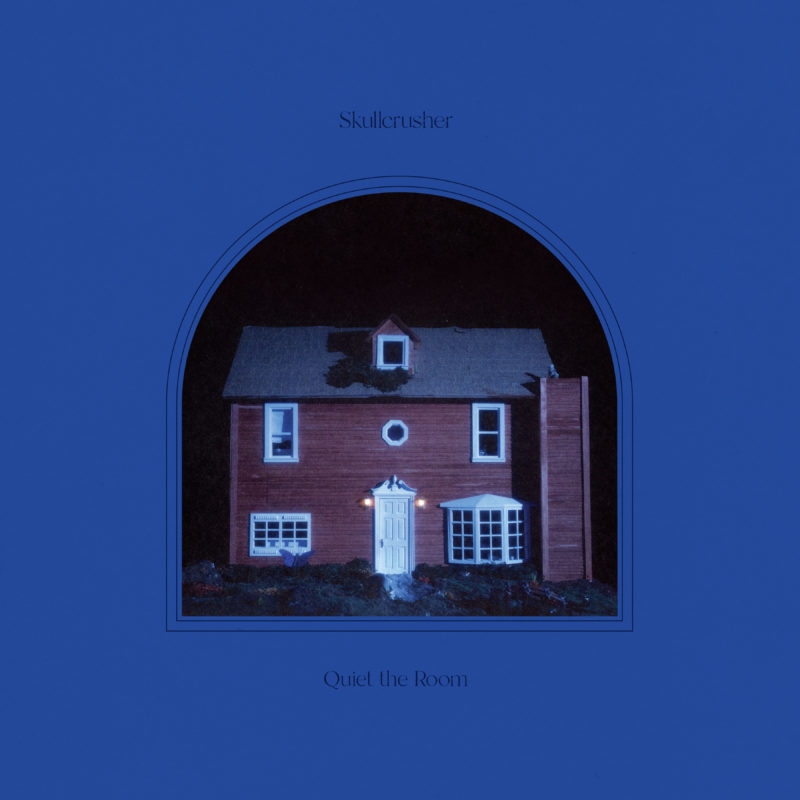 1. They Quiet the Room

4. Whistle of the Dead

7. Could it be the way I look at everything?

Skullcrusher – They Quiet the Room

They Quiet the Room